This article aims to qualitatively describe the notation from Kevin Kelly's paper on "Simplicity and Truth Conduciveness" which offers painful perversions of standard set notation. The paper itself strives to provide a formal proof of the validity of Occam's Razor which Wikipedia defines to be:

"the simplest explanation is most likely the right one".

in light of the of the claim that

The standard literature on Occam's razor contains no plausible, non-circular, explanation of how simplicity helps science to arrive at true theories.

Kelly asks, then, "how could Ockham's razor help one find true theory?"

When striving to define the "simplest" explanation of a claim, we start with the benchmarks of

which isn't necessarily the smallest program used to expressed the input string, but it's closer.

Though not entirely relevant to the discussion, the formal definition of Kolmogorov complexity is given in terms of Turing machines, so you know I had to include it:

Kolmogorov complexity K of a string, relative to a Turing machine f of a string x is : Kf​(x)=min{∣p∣:f(p)=x}

Another fun example of Kolmogorov complexity is given by the Berry paradox which claims that the complexity of all positive integers in English is at most 11. If it were not true, then there would be an integer that could not be described in fewer than 11 words. Punchline: any such number could be described as "The smallest positive integer not definable in under eleven words."

Kelly asks, "what's the fastest way to reach a true theory?" and answers, in far more words, that the theory with the fewest retractions –given new data– is the simplest.

A Side Note on the Problem of Induction

In real world applications, induction is limited the fact that we want to derive general principles given only immediate specifics. We can never know that our inductive hypotheses is true, let alone absolute truth, but we can gain or lose confidence in it with each opportunity to be wrong and hopefully know that our hypothesis is not wrong.

Fundamentally, that's all science is: not being wrong lots of times.

Amongst other things, Kelly adds in his supplemental conference slides that the if you know that "future" is simple, you can drop the heuristic and skip straight to a solid principle. However, the future is typically complex, hence the need for a formal means of reaching the simplest hypothesis to describe truth.

If you were looking on a refresher to Set Theory, Kelly does not have your back. Luckily, Daniel does. 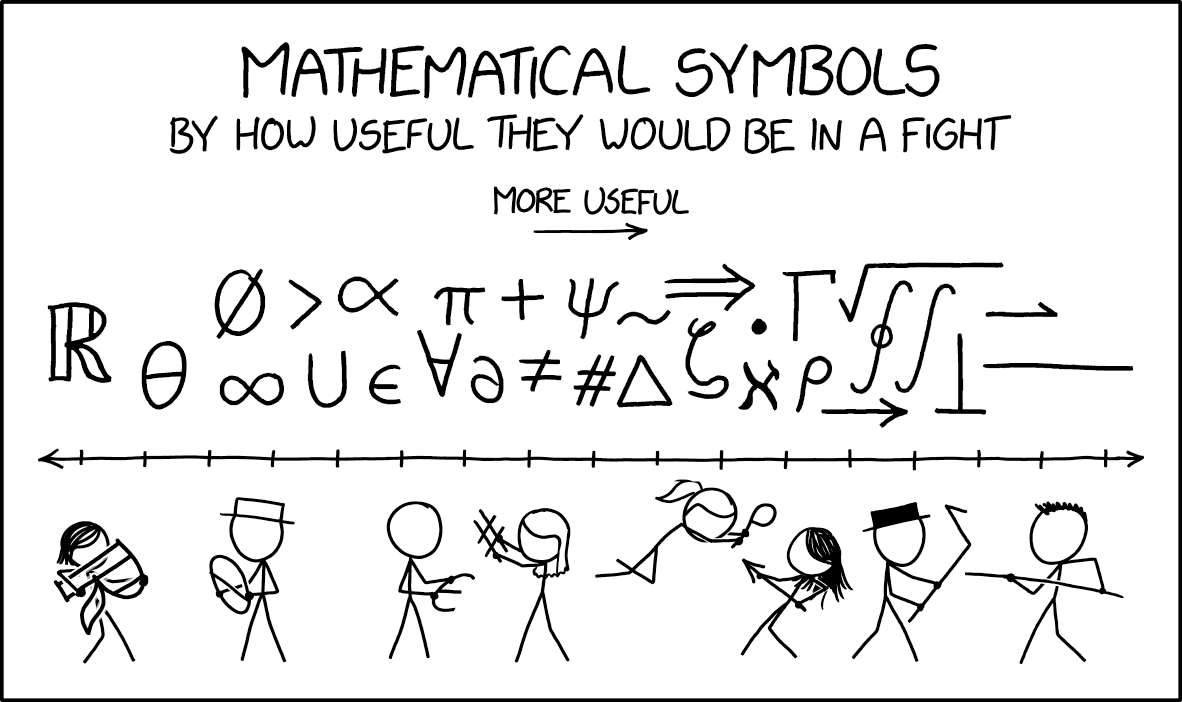 Let E be the set of all effects that might be realized:

Let K be the set of all sets of effects that might be a complete description of the ⭐world ⭐:

Let Q be a partition of K containing theories T that ~explain~ the ⭐world ⭐:

So, to play with this a lil bit:

Let M be a strategy that that chooses some T∈Q at an arbitrary point in time which helps us converge on a true theory: a description of the ⭐world ⭐ w.

Now let π be the "skeptical path" - a sequence of effects that nature can reveal such that we're taken to a new theory with each piece of added information:

such that S⊆S′, and S must conflict with S′: T1​​=T2​. Each step in the skeptical path necessarily takes you to a new theory.

The complexity of a set c(S), then, is the length of the longest skeptical path that terminates on S, −1:

Suppose e4​ is revealed in isolation, we have no theory (from our example Q) that captures this until e1​,e2​, and e3​ are also revealed. However, this would not be a skeptical path, nor does it falsify any of our theories either. This revelation, beginning with e4​ in isolation would just decrease our confidence in our theories, indicating that we might need a new theory. For example, let e4​ represent the Higgs boson particle, it wouldn't make sense for nature to reveal this to us without first accounting for e2​: the large hadron collider.

The second stipulation is that S must be compatible with experience meaning that if, for example, e6​ is revealed, T1​ must be eliminated.

The new idea is that these [alternative theories] are not exhaustive alternatives, for it may be that Ockham's razor somehow converges to the truth along the straightest or most direct path, where directness is, roughly speaking, a matter of not altering one's opinion more often or later than necessary.

Say one theory T leaps to the correct answer and Occam's razor took the long path to get there. As soon as nature reveals ei​, T could be invalidated, but Occam's razor is still true, with one additional retraction.

On pain of non-convergence, there is always some amount of time where new ei​, or lack thereof, will force us to retract our theory. We could be waiting for the Higgs boson e4​ for eternity, then finally retract our Theory {e1​,e2​,e3​,e4​}, and the devilish nature of π could, the very next day, reveal e4​. T would have made an excessive retraction: once to retract e4​, then rightfully again to re-include e4​. Occam's razor dictates patience, and never makes the first retraction. In fact, Occam's razor never included e4​ prior to its revelation. Hence, it only ever retracts theories in light of new ei​. Occam's razor is the upper bound for the worst case, but again, the generality of this approach makes it convergent in all cases. Whereas other strategies might work in some specific cases, "faster" than Occam's razor, they also may fail for other fields, leading to excess retractions, and therefore less simplicity.

Nature is recalcitrant, and can pause at e3​ for infinity, then as soon as we retract, e4​ is revealed. Occam's razor does not retract on pain of convergence: it is the most pessimistic approach with respect to nature.

Critiques of Occam's Razor and Some Takeaways

"Any theory worth its salt has an underlying mechanism, where's Occam's?"

Occam's razor is useful when no current Theory contains π. The worst case you get stuck in is the one where nature falsifies your "best" theory per c(T), and the one retraction you make increases c(T) by only one. Your mechanism is not obliterated.